Let me re-introduce myself, my name is ZheOther – formerly known as ShadowCast, and I’d like to post some news related to the new artwork and art style for LBZ being generated as we speak.

After a longer time without LBZ and focusing on my studies I came back to LBZ with a fresh perspective, I took a good look at how LBZ currently looks like, and it is untrue to its roots, LBZ is primarily a DBZ parody, with emphasis on Lemmings rather than the Dragonball Z aspect. To reflect that I wanted to re – model a lemming that would form a basis for a universal style and since it resembles what Zul originally modeled in his first models for LBZ I called this prototype if you will Zul, from him I plan to generate additional characters.

Currently Zul features a set of new animations utilizing the MD5 model system that Menne implemented and even though I’m showing you 2 characters, there are a few more that I would like to keep for myself :) consider this a sneak peek.

My plan is to overhaul the current Saiyan saga characters and then release a mod in synergy to Cocou featuring new and redone Saiyan saga levels (more on that soon – with pictures :D)  on the foundation of the new move overhaul being done by Loozzer.

That’s all for now, I’ll try to keep you guys updated on a regular basis :) 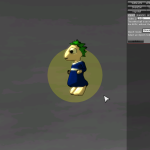 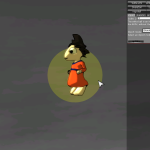